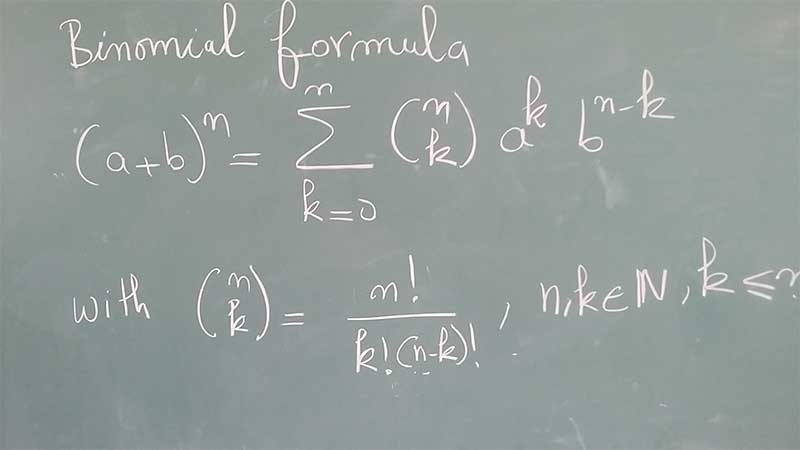 In this article, we give you what you need to know in mathematics to get started. Admittedly, mathematics is a difficult subject and it is involved in school programs. In fact, the nature of mathematics is based on abstraction and not on direct observation like experiments in physics, biology, and chemistry. Certainly, mathematics is very important in our life. This is because science, engineering, finance … are based on it. This is why we need to accumulate basic, even advanced, knowledge in mathematics. Here are some tips:

At this level, the child begins by distinguishing the different geometries such as the squares, the triangles, the rectangle which will help him discover that surfaces may change. On the other hand, he needs to compare the natural numbers to feel the notion of order which is very important in mathematics. Moreover, doing operations like addition, subtraction, and multiplication of numbers allows him to be familiar with algebraic calculation.

In general, having a strong memory is very important for learning math. In fact, a student can improve memory by doing math continuously. For a child, learning the multiplication table is a good start to increase memory. It is the role of parents. In fact, to help your child quickly learn the multiplication table from 1 to 9, ask him by choosing numbers at random. Trust me, this is a good start for your child to love math.

In middle school, interesting mathematics questions appear. The crucial step is to learn about different types of numbers, such as natural numbers, relative numbers, rational numbers of the form $frac{a}{b}$ where $a$ and $b$ are relative numbers such that $b$ is not equal to zero. The second thing is to learn simple techniques on how to solve quadratic equations without any difficulty. In fact, you should know all types of solutions for the equation begin{align*}ax^2+bx+c=0.end{align*} In the level of middle school, we solve such an equation by factorization because the advanced properties of real numbers are not yet studied.

At the secondary level, in-depth mathematics appears. The first thing to do is to understand the set of real numbers denoted by $mathbb{R}$. This set contains rational numbers and numbers that cannot be rewritten as a fraction of relative numbers (irrational numbers). An example of such irrational numbers is the square of $ 2 $ denoted by $sqrt{2}$. Especially, the order in $mathbb{R} $ (comparison of numbers). This allows you to define the concept of intervals involved in solving inequality problems (many students find it difficult to understand the resolution of inequalities). On the other hand, the concept of sequences is important, in particular geometric and arithmetic sequences.

Note that in our discussion above, we do not specify mathematical categories like algebra, calculus, analysis. However, most schools give the name algebra to high school math. This kind of algebra material is what you need to know in mathematics to comfortably study maths at the University.

What you need to know in mathematics: undergraduate level

At university, it is important to classify mathematics. The main parts of undergraduate math are analysis and algebra. One of the most important chapters in algebra is the concept of set theory. The latter is concerned with operations on sets (union, inclusion, subsets…), the applications between sets (injectivity, surjectivity, bijectivity,….), and the study of the structure of sets. By structure, we mean to define certain laws (laws of composition) for which all the elements interact. For example on $mathbb{R} $ we have two laws, the sum “$+$” and the multiplication “$times$” which allow us to do some calculations.

It should be noted that $mathbb{R} $ is only an example of sets, there are other sets that are also important, like the set of complex numbers (somehow a representation of the point in the plan), the set of all applications from one set to another set. Many students have a gap in this theory, and then they have encountered other analytical problems.

The power of analysis

It is recognized that analysis is much more difficult than algebra. In fact, algebra is mainly based on operating numbers and sets, but the analysis consists of analyzing the concept in mathematics. For example, if we take a function $ f: I mapsto mathbb{R}$, we can do an algebraic calculation about $ f $ like looking for $ x in I$ such that $ f (x) = b $ (solving the algebraic equation). On the other hand, the analysis of the function $ f $ is to study it continuously, differential … (the behavior of this function).

A central part of the analysis is the convergence of sequences. All other analytical properties depend on the sequences. For example, to prove that a function is continuous at a point $a$, it suffices to show that if a sequence $(x_n)_n$ converges to $a$, its image $f (x_n) $ converges to $f (a)$ when $n$ goes to infinity.

The role of density in analysis

We notice then that the density itself is very important in mathematics. In the advanced level of mathematical analysis, we can also learn more about the density of the continuous functions having compact support on the set of $p$-integrable functions. With this property, we can show that for any $ p $ -integrable function $f$ on $ mathbb{R},$ we have begin{align*} lim_{hto 0} int_{mathbb{R}} |f(t+h)-f(t)|^pdt=0.end{align*}

Do hurricanes cause earthquakes? And why?