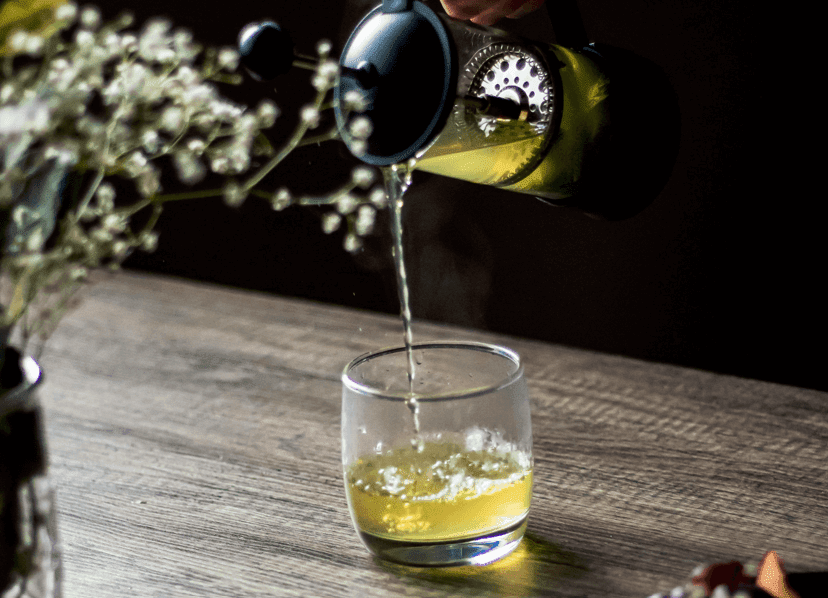 In this post, we discuss the 9 disadvantages of green tea. In fact, consuming too much green tea increases the risk of osteoporosis, liver damage, and anemia. We also notice that green tea contains tannins and antioxidants which can harm people with anemia.

Green tea promoted as an alternative to coffee

Consumed for more than 5,000 years in China and 1,500 years in Japan, green tea is appreciated for its medicinal properties and its unique taste. Green tea comes from a shrub called Camellia Sinensis, itself the source of all teas, and therefore green teas.
It is recognized that green tea is a revolutionary drink around the world. Tea has been touted as an alternative to coffee for those trying to cut down on their caffeine intake. Indeed, it contains an amino acid called “theanine” which slows the absorption of caffeine and regulates blood sugar. In addition to supporting heart health, its richness in antioxidants improves circulation. Plus, it reduces the risk of blood clots and heart attacks and helps lower high blood pressure and bad cholesterol.

The opinion of science on Green tea

A study by the American Medical Association states that: “Those who drink at least one cup of green tea per day have a lower risk of dying from heart disease. In addition, other studies show that tea has been shown to be effective in losing weight, improving athletic performance and endurance, in addition to its anti-inflammatory properties.
With all of these good properties of green tea, there are a few precautions to consider when consuming green tea. This will prevent any possible side effects in the event that its properties conflict with a person’s state of health. 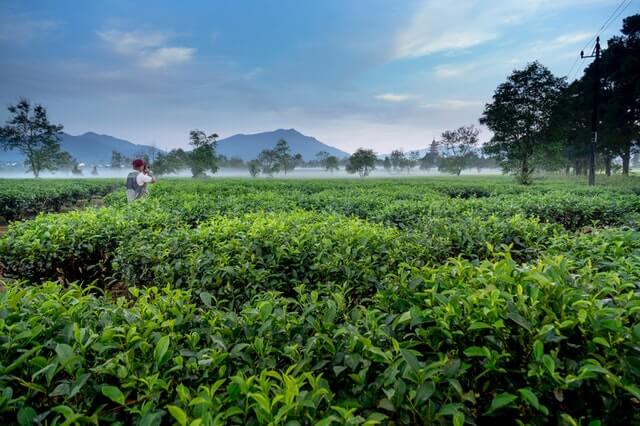 People who consume less than 500 milligrams of green tea per day are unlikely to develop toxic side effects, as only high doses can cause harm. These are the major side effects of green tea:
– Stomach and digestive disorders:  People may experience stomach irritation after drinking green tea on an empty stomach, due to the tannins which increase stomach acids and cause reflux and nausea. Soaking tea in boiling water significantly worsens these effects.
Excessive consumption of green tea can also cause a complaint of diarrhea. Thus, people with irritable bowel syndrome, as well as patients with GERD and stomach ulcers, are recommended to avoid it.
– Headache: The combination of caffeine and tannins (a headache stimulant) in green tea can cause headaches in people who are sensitive to caffeine (one cup contains 22 to 40 milligrams); as well as in those who suffer from daily headaches.
– Vomiting: Experts advise avoiding drinking more than 4 cups of green tea per day. This is because excessive consumption can lead to vomiting. It is then recommended to start taking one or two cups a day and increase it if you do not experience any side effects.
– Anemia and iron deficiency: Containing green tea on tannins and certain antioxidants that hinder the absorption of iron by the body can be harmful to people with anemia. This harmful effect can be avoided by drinking tea one hour before or after a meal. This will give the body time to absorb the iron. Another technique to decrease the effect of tea is to add lemon. This is because vitamin C improves iron absorption, although it is best to avoid green tea for those with anemia.
– Bleeding disorders: Experts confirm that in rare cases if a person’s intake exceeds 9 grams per day, green tea can lead to bleeding disorders. That is, it prevents the oxidation of fatty acids, which can lead to thinning of the blood, and the compounds it contains reduce the levels of “fibrinogen”. The latter is a protein that helps the blood to clot, so if you have a blood clotting disorder, it is best to avoid drinking green tea.
– Liver damage: High consumption of green tea (more than 4 to 5 cups per day) can harm the liver. The catechin component of green tea causes hepatotoxicity in those who drink excessively.
– Osteoporosis: Green tea increases the risk of osteoporosis if consumed too much. Because its compounds affect calcium absorption.
– Pregnancy and breastfeeding risks: Experts link the contents of green tea from tannins, caffeine, and antioxidants to an increased risk of pregnancy.  But they allow quantities not to exceed 200 milligrams or two cups a day during pregnancy and lactation to avoid passing caffeine through breast milk.
– Sleep problems: Green tea contains an anti-sleep compound, caffeine. Even though its percentage is lower than that of black tea, it can cause sleep disturbances in people sensitive to caffeine. While some people may benefit from having a cup of green tea before bed, people who are sensitive to caffeine should drink it about 5 hours before bed.

How do you choose the right green tea?

According to the above benefits of green tea, choosing a good quality one is essential. Indeed, consuming poor quality green tea can cause problems because it contains a mixture of ingredients less well tolerated by your body and often pesticides, harmful to health. Even if you don’t always think about it, the quality of the packaging also has an impact on the quality of the tea, as poor quality packaging releases unhealthy components.

Can I drink green tea with medication?

While taking any medication, it is important to consult a doctor to drink green tea at the same time. The consumption of medicines and green tea can cause negative reactions with certain substances which in one case will absorb the effects of the medicine and in the other, increase this effect. Either way, green tea can cause unwanted side effects such as increased blood pressure.

When you drink alcohol and green tea at the same time, green tea can enhance the diuretic effect of alcohol and cause temporary urinary disorders.

The inner core of the earth contains iron crystals