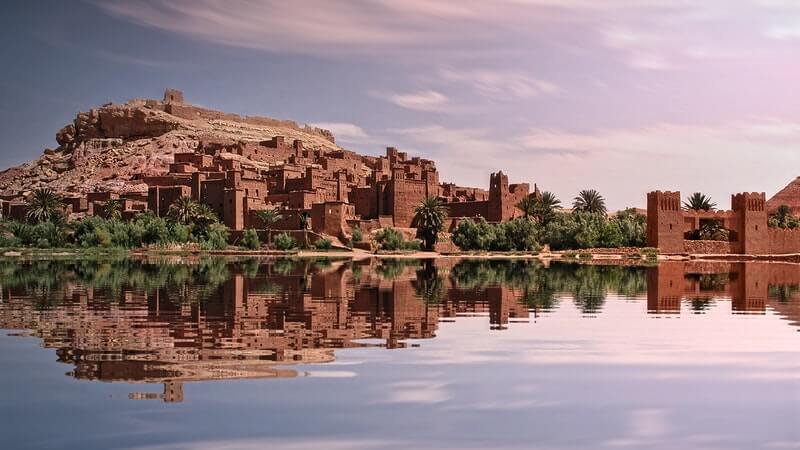 Do you know that Amazigh culture is a blend of cultures and expressed in terms of the prophetic praise? In this article, we are going to show that Amazigh culture is the result of an accumulated spoken culture; Berbers usually expressed this one in terms of spoken poetry. In fact, the symbol of this latter is not religious, but cultural. The construction of Amazigh identity evolves in relation to other cultures.

Before delving into discussing the Amazigh culture in relation to the prophetic praise, it is vital to start by introducing Berber culture. Then, we are going to discuss its relationship with the Arabo-Muslim culture in terms of poetry or tandamt.  Both cultures, in fact, share the same literary structure, because they are based on oral tradition. Therefore, poetry in both traditions was based on the spoken rather than written. This is a clear point of intersection between Arabo-Muslim culture and that of Amazigh; the point of intersection is oral or spoken poetry; this latter is based on the ability to memorize the spoken lines of a given poem. In fact, Amazigh culture had witnessed many civilizations; it has developed a sense of literary aesthetic which renders it adore arts and poetry in particular.

The construction of the Amazigh culture

Amongst the civilizations that Morocco has witnessed so far are Phoenicians, Romans, Vandals, Byzantine, Arabs, and French. Some of them are invaders, and others are peace-seekers. It is clear that Arab culture did not step inside Morocco with the aim of invading Amazighi territories; however, it was a minority group of Muslims who escaped from the East out of serious political strife; Amazighis, the free men so to speak, welcomed them; this welcoming symbolizes both the mixture and the fusion of the two cultures into one. From this fusion, Berber culture arises because of the influence of the prophetic praise and tandamt that men and women recite in their rituals and special occasions.

The two symbols Allah and the prophet are usually, if not always, quoted in their poems. Therefore, it is pointless and waste-of-time to segregate the two symbols from Berber culture with the expense of a pure Amazigh identity; the majority of Amazigh activists strive to achieve this kind of pure Amazigh identity. Amazigh civilization should not seek its identity either in the remnants of the departed past or in the pursuit of a pure Amazigh culture. Berber culture is now in a liminal state and usually connotes Arab and French culture.

The prophetic praise and Amazigh culture

The prophetic praise partakes in constructing the Amazigh culture and people’s identity through a number of practices, most of which are ritually religious. Amazigh people still celebrate the birthday of the prophet Muhammad (PBUH); they ascribe to this practice certain meanings that are not only religious but identitarian. This prophetic praise preserves the Amazigh people’s identities by expressing the sentiments of love towards the prophet Muhammad.   The figure of Mohammed has been dealt with as a cultural element more than a religious character; the prophetic praise, in Tamazight, unfolds the importance of Moroccan women in preserving the identitarian repertoire of Amazigh culture.

Tiznit is a Moroccan city well-known for its preservation of Amazigh culture; the role of some Berber women to preserve its identity is huge. For example, we narrow the scope of our research to the figure of Rakia Aladouzi. Also, we show how she managed to preserve and make that kind of culture known. There are, in fact, a number of cities in Morocco which still preserve Berber culture through the conjuring up of the prophetic praise. However, if we narrow the scope of research to include the city of Tiznit. Therefore, we are going to investigate the following question. Do Amazigh women, particularly Rakia Aldouzi, manage to preserve Tiznitian culture through Amazigh prophetic praise? To answer this following question, it is vital that one should work on some poems; he or she should also show how Amazighi women’s voice is heard through the Amazigh prophetic praise.

Atheism in the light of epidemics