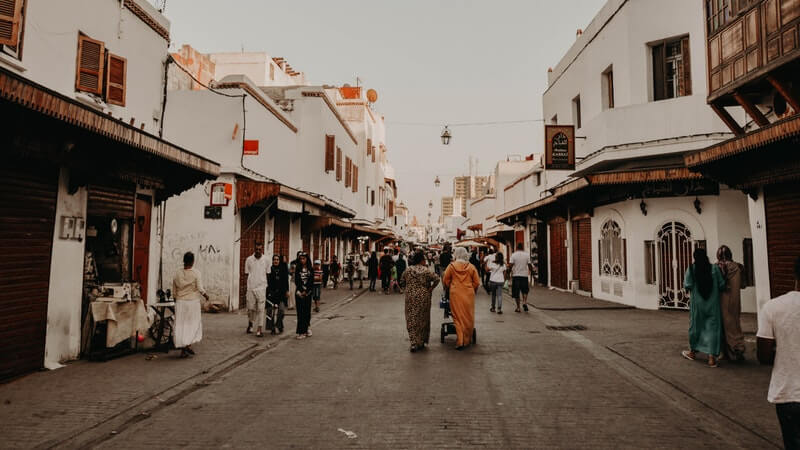 There is a number of women Amazigh poets and cities which play a major role in preserving Amazighi identity; for example, Maryam Sahrawiya and Raqia Aladouzi[1], the mother of Makhtar Sussi are real illustrations of Amazigh women poets who preserve and enrich Amazighi culture through the constant reciting of the prophetic praise. A lot of women poets are scholars; they manage to educate their children on the rudiments of critical thinking; they learn them methods for good memorization through a number of oral repetitions.

By and through repetitions, poetry becomes deeply engraved in people’s mind; however, the Amazigh poetry, entangling with the prophetic praise, has a very peculiar place in the repertoire of Imazighen; it is a sign of identity, for it contains the words of wisdom through which Imazighen ask the prophet, Mohamed:

Words of wisdom in the Amazigh poetry are defined as collective and climatic at unidentified varying degrees of interpretation, are generally attributed to anonymous sources. In the oral tradition, here is an intriguing example of how a one or two liner poem starts…References to Izlan in third party can be a man or a woman; and that culturally is different from French and Arabic languages which assign a nominative pronoun to males and female (Laghlid 8-9)

The linguistic capacity of Tamazight renders it capable of understanding the two languages. It exceeds the level of rhetoric into the realms of wisdom.  Amazigh poems are usually linear, for they start with “Innass awa”, which is, “O Man! Tell them”. Poems of this sort usually connote the matters of wisdom, love, prophecy, and divinity.

There is a great relationship between prophetic praise and poverty. In fact, Imazighen usually recite the prophetic praise verses just after the closure of Aicha prayer. Also, they utter many poems on praising the prophets during this time from Ibn Aachir’s poems in a chapter on monotheism and Sidi Chakir’s verses on prophetic praise. Other prophetic poems, said by anonymous authors, usually commence by, “bissmilah ya fattah”.

In Oral History, Abd-Lhakim Abouluz in his article “la Sociologie du Nadam Amazigh Orale”, poor people in Moroccan mosques recite these verses (Abouluz 417); this prophetic recitation throws poverty into oblivion; it teaches its mystics to forget or transcend the worldly suffering they go through; that is why they start by “bismillah ya Fattah” as the prophet remind them about the hereafter, the internal life; therefore, this reciting is a cultural practice through which individuals create their own utopia; in it, they transcend the hardship and daily trails.

An example of Amazigh prophetic praise

Abouluz in his article quote these following verses whose their author is unknown for unknown reasons: 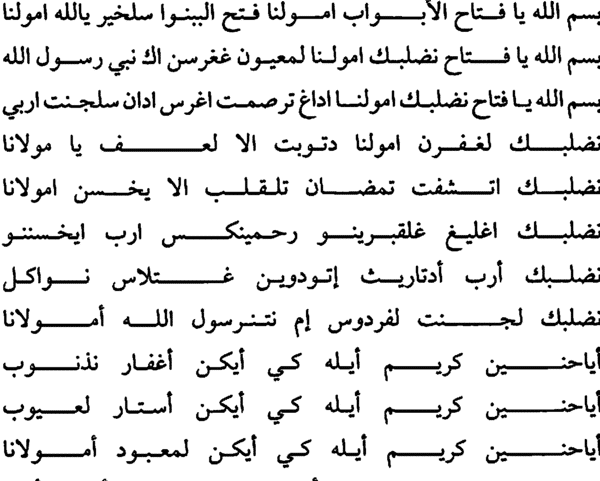 The translation of the above three lines is as follows:

In the name of Allah, the Opener of all the doors, my Lord! open my doors with goodness.

In the name of Allah, the Opener, we ask you our Lord! Help by introducing to you the name of our prophet Mohammed.

In the name of Allah, the Opener, may you open the door leading to Paradise? (Abouluz 417)

These prophetic utterances in the form of poems help to construct Amazighi identity through the implementation of utopian literature which negates the worldly lusts and helps to highlight the transcendence of daily problems, flaws, and hardships. Women utter this prophetic praise for the sake of obliterating the suffering of the daily activities they are accomplishing from dawn till night. When they are toiling in farms, they are reciting poems which include the famous phrase, Sidi Nbi. In so doing, women are preserving a peculiar kind of identity-related to the matters of their everydayness.

The role of Moroccan cities in preserving the Amazigh identity

There are a number of cities[2] in Morocco that preserve Amazighi identity through the bringing forth of peculiar kind poetry called the prophetic praise uttered by women in special occasions and certain religious ceremonies. Chouka Ait Baha contains a lot of Amazigh traditional schools such as Timzgid uwasif, Timjgigalt, Aitwaliad and Aitlbouchwari. It is vital to provide here an interesting example of how Imazighen preserve their Amazigh identity through oral poetry. People in Amazigh traditional schools learn standard Arabic, rules, and religion; they translated into Tamazight things that are hard to fathom and sometimes crucial to the understanding of religion or life (Abouluz 420).

By translating basic rules into a poem, it becomes easy for literate women and men to memorize them and transform their meanings into cultural practices. Fes, Rabat, Marrakesh and Agadir are examples of cities that still preserve the prophetic praise within its cultural and religious practice.

It is known all over Morocco that the prophetic praise is still an essential practice sustained by many mystical tombs such as Boutchichiya, Darqawia, and Tijania[3]. We should look upon Amazigh identity as a project which has relations in past, present, and future; Anthony Giddens in Modernity and Self-Identity views self-identity as a project because it is our creation; we understand then self-identity in terms of one’s biography. We understand this no-fixed identity in relation to social conjectures helping Imazighen forging their identity. “the self forms a trajectory of development from the past to an anticipated future”(Giddens 53).

Researchers tend to link the past to the model of pure Amazighi culture; the present presents the concrete realization of this longing for the past; Imazighen expresses this within the realms of Arabic culture that impacted Amazighi literature and particularly oral poetry; this impact results in bringing forth the prophetic praise as a cultural practice. Finally, the future aspires for the past alongside what is past and the exigency of what is present.

The notion of Amazigh identity vis-à-vis the prophetic praise pertains to the concept of subjectivity. Subjects are constructing their self-identities in relation to their culture and own language.  Therefore, the centrality of language, Tamazight so to speak, is very important in understanding Amazighi subjectivity. The notion of ‘I’ comes to the fore by and through language; according to structuralism, the latter engenders meaning by giving significance to world objects. Stuart Hall in “Cultural Identity and Diaspora”, he says that there no essence of identity to be discovered. Rather, cultural identity evolves within the vectors of similarity and difference:

There is, however, a second, related but different view of cultural identity. This second position recognizes that… There are also critical points of deep and significant difference which constitute “‘what we really are”‘; or rather—since history has intervened—”‘what we have become”‘.… Cultural identity, in this second sense, is a matter of “‘becoming”‘ as well as “‘being”‘. It belongs to the future as much as to the past. (Hall 225)

Hall and Giddens agree on the fact that cultural identity is a project being constantly prone to change and related to the future as much as to the past. In this context, Amazigh identity is not static and enclosed cultural forms, rather a constant back and forth in the construction of its inner and outside elements. There is no pure Amazigh culture without a blend with that of Arabs. As a consequence, prophetic praise connotes an identity that is in the liminal space and is a result of the entanglement of both Arabic and Tamazight.

[3] These Islamic and amazing trends construct the lived practices of Imazighen and help to sustain Amazigh identity in reference to the prophetic praise, which is an inevitable practice within these trends.

[2] We are talking here about cities that preserve Amazighi identity through the prophetic praise, but we are going to talk about one unique city, namely Tiznit in the second chapter.

[1] The two female names above are mentioned by Makhtar Sussiin in his book Al-maasol, third vol. page 57.