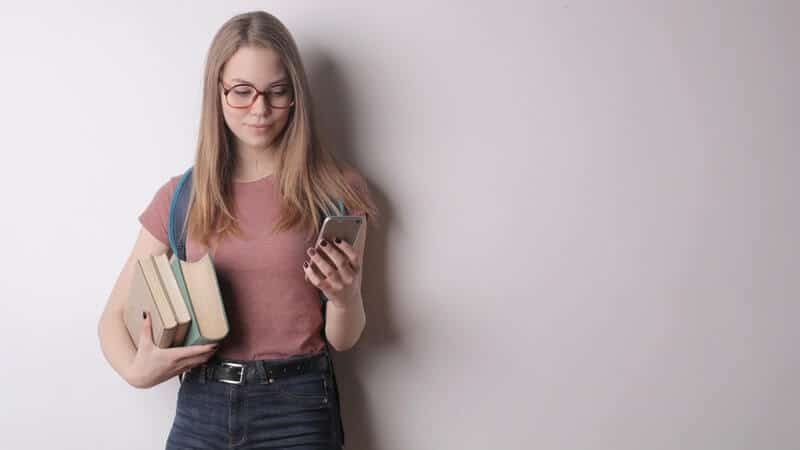 The majority of pupils are using cell phones in school, so they are all the time distracted and not focused. This distraction prevents students from acquiring their lessons and makes them less engaged. When the teacher explains the lesson, the pupil’s attention is always directed to his or her cell phones.

As cell phones are in pupils’ hands, they are always forced to cast an eye on the notifications appearing on the screen. Students are not conscious of the distraction they are going through during the day. It becomes an unrealized habit that constitutes the daily addiction of students; this addiction is what engenders another problem in pupils’ acquisition while using cell phones in school:

The dramatic drop in grades

Pupils are on their cell phones all-day; they do not have time to do their homework regularly. For example, educational psychology confirms that when students look at their cell phones, they need approximately 6 minutes to pursue again what the teacher explains.

Pupils who use cell phones in school are disconnected from social life. Even when they finish their studies, they cannot find a job. This is because the virtual world they used to live in is easier than the real one. In the virtual world, one can block anyone he does not like easily but in real life, it is quite the opposite; one should talk, argue, and defend his ideas.

Therefore, students should be aware of these bad consequences of using cell phones in school. If they are pupils, parents should let their children aware of the dangers of using cell phones in school from an early age. This is to prevent potential addiction in the future. This parental prevention will give children time to perform several activities where they can promote and acquire social skills. 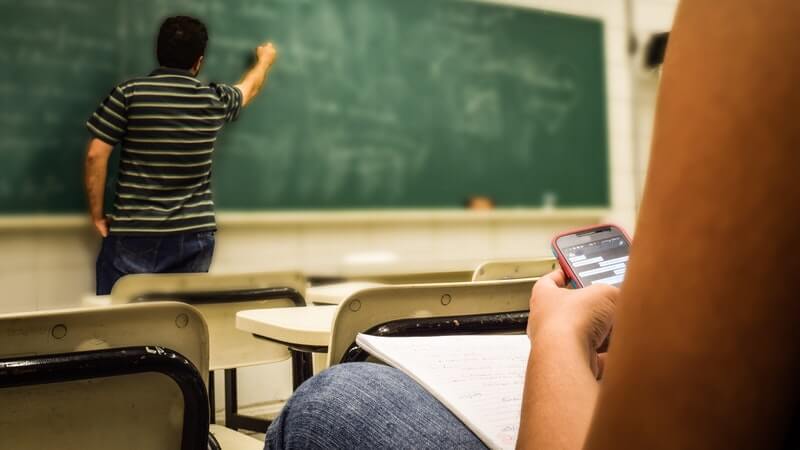 Cheating in the exams

Pupils who use cell phones in school are using them also at home. So, when exams are at the doors, it becomes difficult for them to revise the whole accumulated lessons during a semester. As a consequence, they cheat during the exams. Cheating is the logical choice for those who did not revise their lessons. That is why all education systems should ban the usage of cell phones.

When the teacher explains the lesson, others are on their devices; they do not show respect for both the institution of education and for their teacher. When people gather in a room, there is no communication between them; they are on their cell phones, not even looking at each other; their eyes are directed to their devices. For example, when parents talk to their children, they are not listening because they are distracted. It is not healthy educationally speaking to have this disrespect towards parents, teachers, and others.

In fact, one should bear in mind that parents should allow their children to use mobile devices for about two hours a day or less. In so doing, they can focus on their studies and avoid being distracted from learning in the class as well as outside the class.

It is very important to take into account the dangers of using cell phones in school. Students are distracted, and they do not do their homework. As a result, they are forced to cheat during the exams. They learn bad habits such as disrespecting parents and teachers. With that said, pupils have very catastrophic marks due to this constant distraction caused by the daily use of cell phones in school.

Hotel or house rental? Tips for a safe summer vacation