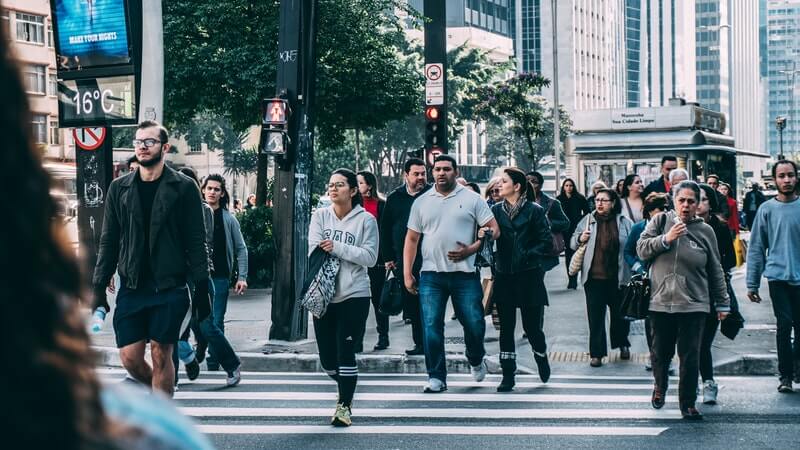 As a matter of fact, you should know the basic notion of differential functions and integrals, as we shall work on continuous time.

Math model of population dynamics by means of age

In mathematics, we characterize the evolution of any phenomenon by a function of two variables $p(t,x)$. Here $t$ is a positive real number describing the time, and $x$ is a vector, spacial variable, belonging to a vector space $mathbb{R}^n$.

In this post, we shall denote by $p(t,a)$ the density of a population of age $a$ at time $t$. Here $tge 0$ and $age 0$ are time of the evolution and the age $age 0$ (which is a time its self). In fact, $p(t,a)$ represent the number of individual of age $a$ at time $t$. We remark that $t$ and $a$ follow the same evolution. This means that the derivative with respect to $t$ is the same as the derivative with respect to $a$; hence

Moreover, we notice that at initial times $t=0,$ the population has already a density represented by a function $f(a)$ that give the number of each age $a$. The initial density is $p(0,a)=f(a)$. We get an other equation

Equation of the newborn

Until now we only discussed the density of existent individual in a population. But there is still a class of individuals missing that we have not yet added to the model. Indeed, these are the new born, individuals of age $a=0$, just start a life. We mention that the number of new born, which is $p(t,0)$, heavily depends on a coefficient of fertility of the population. This latter denoted by $beta(a)$ and measure the fertility of persons of age $a$. Using this, determining the number of new born is to calculate the sum of $beta(a)p(t,a)$ from $a=0$ to $a=infty$. More precisely,

This is a math model that allow to completly study population dynamics.

How to solve the model of population dynamics

Although, the solvability of the aforementioned model is not a standard problem. This depends on knowledge of some theories like operator theory; semigroup theory; and spectral theory. In fact, the first point is to determine the space of work; which is the space of solutions. As we deal with the density of continuous ages, the ideal space is $L^1([0,+infty))$. That is the space of integrable functions. Moreover, as we work with differential operators we shall also define the so-called Sobolev spaces. They are spaces of the form

On the other hand, we define these operators

One can reformulate the population model as a standard Cauchy problem in $L^1$ as follow:

For instance, If the operator $A$ satisfies the Hille-Yosida or Lumer-Phillips theorems, the Cauchy problem has a unique solution.

7 tips for managing your salary

10 tips to solve your financial problems

Online education becomes a necessity for the next generation