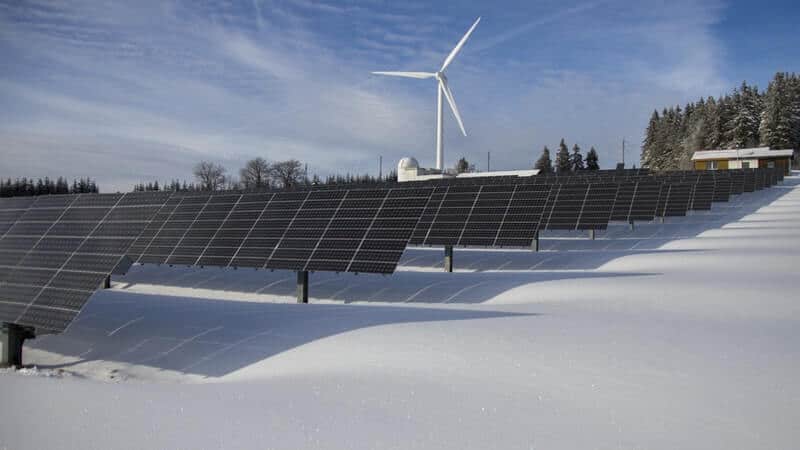 Energy sources that we use frequently in our world are going to be listed in this article. Over time, many types of energy that scientists discovered around the world to quench the thirst for energy. Due to technological advances, it has become increasingly necessary to power industries and machinery. Here is an overview of the energy sources.

The origin of geothermal energy is the internal heat of the earth. The deeper we descend, the higher the temperature. We can use this heat to heat homes or to generate electricity in geothermal power plants. Hence, this is particularly the case in volcanic regions.

Wind turbines, modern wind turbines, use wind energy more efficiently. We call those which produce electricity wind turbines. We installed some individually to supply a single fireplace. Furthermore, we design others for industrial production. So, we installed them in large numbers in places favorable to their establishment, sufficiently large and windy.

The sun provides us with a considerable source of energy in the form of heat and light. We use them to heat homes and running water or to generate electricity. At present, the use of large-scale solar energy is still not widespread. Keeping in mind, the solar energy that the earth captures in one hour would be enough to meet all of the world’s energy needs for a year! Inexhaustible, this energy also has the advantage of being non-polluting.

Uranium and plutonium, the metals, are made up of billions of tiny particles called atoms. So, it is by breaking the nuclei of uranium or plutonium atoms in half that we obtain nuclear energy. We call this process nuclear fission. We use this heat to generate electricity. Also, we use this nuclear power to propel submarines, boats or to make devastating atomic bombs.

Coal, oil, and gas are so-called because they were formed millions of years ago. They are fuels: when they burn, they release energy in the form of heat. But their reserves are limited and their combustion, especially that of coal and gas, releases pollutants into the atmosphere. The Middle East has very large reserves of oil and gas. The main producers of coal are China and the United States.

The force of moving water represents a considerable source of mechanical energy. Today, we mainly use it to generate electricity. In fact, we call this hydroelectricity, an energy that has the advantage of being non-polluting and reusable. Most of the hydroelectricity is supplied by dams placed across rivers and streams. The sea, with its tides, currents, waves, also offers an extraordinary potential for exploitable energy.

All plants form what is called biomass. The latter is one of the most useful sources of renewable energy. It also includes excrement from farm animals, rich in plants. Biomass produces energy and we call it bioenergy.

Scientists are interested in the inexhaustible sources of energy that make up the oceans. Turbines (a kind of underwater wind turbine) use the energy of ocean currents to generate electricity. It is also possible to harness the energy of the waves and their movement (wave energy).

Tidal energy begins with the rise and collapse of ocean waters. It is one of the primary sources, but also one of the least used of renewable energy. By the force of the tides, energy that both the moon and the sun create; they pull the water upward; while the Earth’s rotational force and gravity bring the water down, producing high and low tides. He attributes to the dynamics of the tides. This flow of water is a typical type of kinetic energy of the changing tides. The only way to transform kinetic energy into electrical energy is to use a steam engine, a tidal turbine or the latest dynamic tidal energy (DTP) technology.

The most abundant product on the planet is the water (H2O) hydrogen. In fact, two-thirds of hydrogen is in water; thus, it is present along with other components. hence, it can be used as a source for electricity generation after it is isolated. On the other hand, hydrogen is a massive power supply that we use for power ships, cars, houses, manufacturing, and rocket systems as a supply of fuel. In fact, it is entirely reusable and process-able on demand, which leaves no harmful pollution in the soil.

Energy sources are vast and all have varying effects on the environment, depending on how we use them. Finally, Renewable sources should, however, be a priority as the need for a cleaner environment has become a necessity.

When should I visit a marital relationship advisor?

The epidemics trigger a state of recession in all sectors

Mosquitoes buzz: Why do mosquitoes hover around our ears?