Home Life style How to invest in bitcoin without buying it directly? 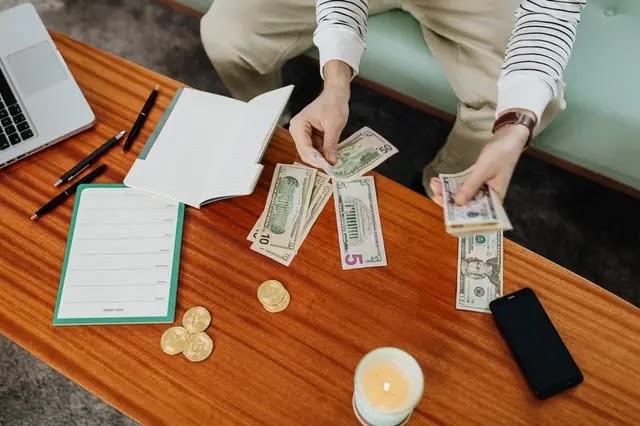 In this post, we propose methods on How to invest in bitcoin without buying it directly. In fact,  rather than holding bitcoins directly through an e-wallet, you can opt for a fund invested in various stocks of companies in the cryptocurrency and blockchain industry, through a securities account.

The bitcoin price is extremely volatile. The cryptocurrency has been in question since its all-time high of $69,000 on Nov. 10, but it is showing a strong long-term upside and could grow further in the years to come, especially if its use expands and large companies accept it alongside the “traditional” ones. ” currencies. If you want to invest in bitcoin, and bet on an increase in its value over time, you can go through a cryptocurrency exchange platform to get it directly.

In this case, you must have an electronic purse and imperatively memorize the password allowing you to access it, under penalty of losing your assets. Many users have never got their hands on their cryptocurrency. If you go through a specialized broker instead, like Coinhouse, the first in France, he can take care of the funds. But there is yet another option to invest in bitcoin, this time without direct exposure to cryptocurrency, instead of betting on companies operating in the industry.

Invest your money in stocks of companies

For this, there is no need to make a selection yourself, which would require very precise knowledge of the subject. Investment professionals have already taken care of that. You can therefore already subscribe to funds that group together various shares of listed companies, whose activity is closely linked to crypto-currencies or which have decided to invest in bitcoin.

“This allows you to bet more on the technology behind bitcoin – the blockchain – rather than just buying a speculative asset,” says Vincent Boy, market analyst at broker IG. “These funds make it possible to invest in companies in the sector, which can evolve according to the use of blockchain. Even if the cryptocurrency drops a bit, these tech companies could still make significant headway.

In France, two portfolio management companies have launched such funds, intended for the general public and approved by the Financial Markets Authority (FMA).

Tobam, which claims 10 billion dollars under management, thus offers a fund composed of “four categories of shares”, explains its president and founder Yves Choueifaty: shares of mining companies, trading platforms, companies which develop technologies related to cryptocurrencies, and groups that have invested heavily in bitcoin. In total, about forty companies are represented.

Mining is the activity that validates transactions in bitcoin and other cryptocurrencies on blockchain technology. Canadian miner Bitfarms, for example, is part of the Tobam ​​fund, dubbed “BTC Linked and Blockchain” (BTC being the ticker symbol for bitcoin). There is also the American crypto-currency exchange platform Coinbase, the American company Galaxy Digital, which specializes in financial services linked to digital assets and the blockchain, or even Nvidia, manufacturer of electronic chips, components essential to the operation of mining machinery.

Also part of this fund is software company MicroStrategy, which stands out for its investments in bitcoin and had some $2.41 billion on its balance sheet as of September 30, according to the Wall Street Journal.

In addition, the “BTC Linked and Blockchain” fund is invested up to 10% in another fund launched at the end of 2016 by Tobam. The latter invested 100% directly in bitcoin, which is reserved for professional investors.

An ETF listed on Euronext to improve invest in bitcoin

A second general public fund exists in France. Marketed by Melanion Capital, it obtained FMA approval in July 2021, to be listed on Euronext Paris in October. This fund is therefore listed on the stock exchange, unlike the one offered by Tobam. It is an ETF (Exchange-Traded Funds), a fund whose objective is to replicate the performance of an index or an asset (CAC 40, Nasdaq, etc.). In this case, Melanion Capital’s fund aims to replicate the price action of bitcoin.

For this, the manager relies on a basket of shares of companies in the crypto and blockchain ecosystem. Called “BTC Equities Universe”, its fund “does not guarantee any level of correlation with the price of bitcoin”, specifies Cyril Sabbagh, head of ETFs for the company. “But in fact, we observe a correlation of about 80%,” he adds. Shares of companies similar to those present in the fund launched by Tobam ​​are included, such as Binance or MicroStrategy. Only companies with a market capitalization greater than $100 million were selected.

The mining sector is the most represented, with groups such as Marathon Digital, Argo Blockchain, and Hut 8 Mining. “One share cannot represent more than 10% of the ETF. We give more weight to the company when there is greater sensitivity to the price of bitcoin or greater correlation,” explains Cyril Sabbagh. “We think we are on a bitcoin revolution. The goal is to go on as the champions of tomorrow in the crypto industry.

Funds accessible via a securities account to invest in bitcoin

Melanion Capital charges an annual management fee of 0.75% for its fund. Like Tobam’s “BTC Linked and Blockchain” fund, it is accessible via a securities account that you can open in a bank. On the other hand, you will not be able to subscribe to it via an equity savings plan (PEA), which only includes securities of French and European companies. “The actions that are listed in the crypto ecosystem are mainly found in North America”, underlines Cyril Sabbagh.

Tobam ​​and Melanion Capital funds can potentially be integrated into life insurance contracts. However, insurance companies and bank insurers are still very hesitant about crypto-currencies and hardly offer this type of fund… for the moment.

ETF-type funds (traded index funds) or ETPs (traded index products) linked to bitcoin and crypto-currencies have multiplied in 2021, particularly in North America and Europe. No less than 75 were born last year, bringing their total to 92, according to Les Echos. Promoted by players such as the American CoinShares, the Swiss fintech 21Shares, the manager VanEck or even ETC Group, these funds are directly invested in bitcoin or other cryptos such as ether, or indirectly via company shares. sector, such as the consumer funds of Tobam ​​and Melanion Capital.

Although they are accessible via a securities account, some have a very complex operation, based on derivative products, and remain reserved for professional and informed investors, who have a good command of the operation of financial instruments and crypto-currencies.

Study in the United States: A Concise Guide

Online education becomes a necessity for the next generation

What does science say about the best time to exercise?