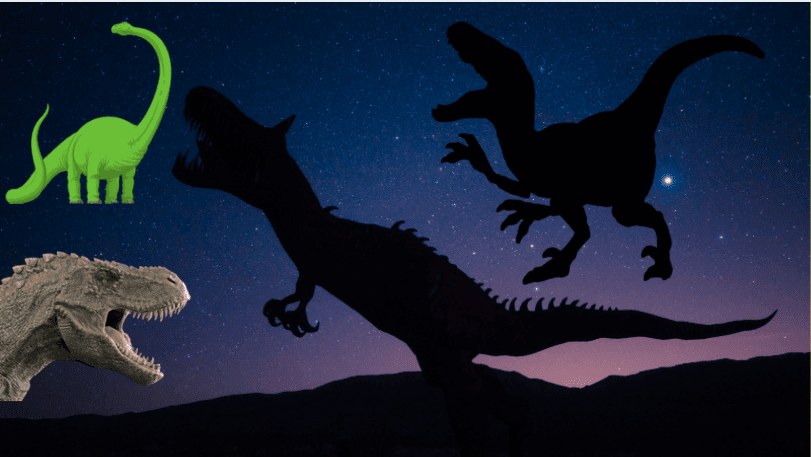 The significance is that there is almost a consensus that dinosaurs have been permanently extinct from the earth for 65 million years. It should be noted that human life on earth is 650,000 years now. This means that there is a huge period of time between the existence of dinosaurs and humans.

On the other side of the story are graphics, books, and myths about dinosaurs. There is a cave in France in which graphics of humans and dinosaurs show how humans fight such creatures. In these graphics, dinosaurs are seen standing on two legs and some humans attack them with spears and arrows. These dinosaurs are similar to Velociraptors that walk on two legs but run very fast.

These graphics in the cave were quoted in the famous Science News Magazine but were later removed for good without mentioning the reason.

The holy book is about the prophet Daniel and his beasts and the Babylonian king’s dragon who terrifies people with dragons and tells them that this dragon is a God, and is to be worshiped and kneel before him. But the prophet Daniel refused to do so. The dragon has a deep relationship with the dinosaurs, and the dragon is not monopolized by Asia or China, but also very well known to Europeans, Latin Americans, as well as the ancient peoples of Babylon who made graphics on the Dragons. The similarity between Dinosaurs and Dragons is remarkable. But the question is why we do not call Dragon a Dinosaur. The answer is simple is that the name of Dinosaur is new and related to the study of dinosaurs which is a new science. The name is composed as follows Dinos which means Terrifying and aurus means the Lizard. In fact, if we amplify the lizard we get a Dinosaur.

If you come back to Babylon you will have a known painting of a dinosaur called the Babylon dinosaur painted on a beautiful blue mosaic. It is said that Nabuchodonosor, the king responsible for destroying Solomon’s Temple and initiating the Babylonian captivity, summoned a famous artist from Mesopotamia to paint a dragon for him. This dragon resembles the dinosaur known as Sauropod.

The question now is: Did this artist use his imagination to paint this animal or his experience, in fact, with such a creature?

Ancient Jewish sources say that the Prophet David lived with animals and beasts that, now called dinosaurs, especially sea monsters. The Prophet David and his followers were sailing high in the seas and noticing the presence of colossal and huge beasts.

If we go back a little in time to the year 900 AD, an Irish writer tells how he fights an animal and describes it accurately. The head of this animal is like that of a horse but with large nails, as well as in its tail. This description corresponds to the carnotaurus dinosaur.

Go back to the distant time

To get a clear idea of ​​how well dinosaurs and humans coexisted in the same era, one must go back to the distant time. Indeed, the great historian Herodotus described some flying dinosaurs, which are distinguished by different colors and have long beaks and forks at the sides of their wings. This description matches the flying dinosaur Pterosaurs. These words were confirmed by Plato, who said that this type of bird was present in Etopia.

In the end, I ask for your opinion on how dinosaurs and humans coexisted around the same time. Please write your comment and support my channel by subscribing and press the bell.

Amazigh identity and the prophetic praise

The huge number of separations in August every year