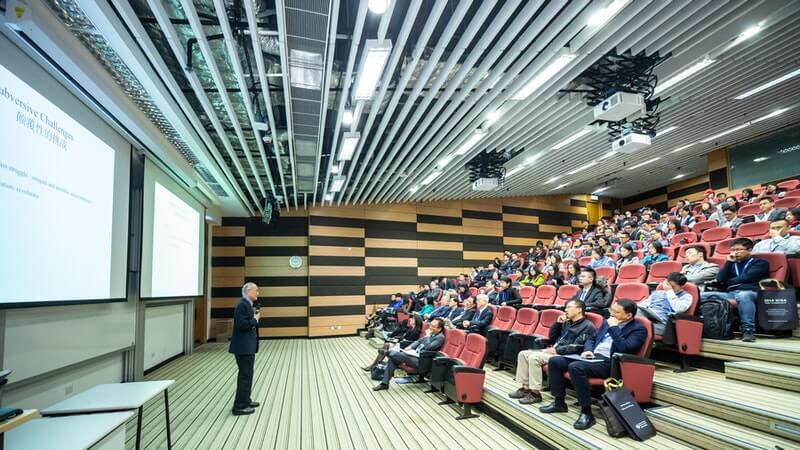 In this article, we give an overview of the types of scientific meetings for beginners and experienced researchers. In general, these types of meetings request funds from universities and research agencies. We note that conferences are large meetings in the form of several sessions. A small conference is a workshop during which researchers discuss a particular subject. In addition, the scientific days are a very small meeting of one or two days. Finally, a summer school is a meeting of approximately one to two weeks during which students take courses in a specific field. Below we give details on each category of scientific meetings.

We say that a person conducts scientific research if he focuses on one or more directions in a discipline such as physics, mathematics, medicine … In fact, each scientific field is the accumulation of years of results. This is why it is impossible to dominate everything in a given scientific field, for lack of time. To overcome this obstacle, each researcher implicitly paid more attention to a specific direction in a field. The researcher can then collaborate with others on other questions close to his research direction.

Note that in most cases, research in physics, biology, chemistry, and other engineering sciences is mainly about experiments and observations. However, a large part of the mathematical sciences is based on abstraction, intuition, and ordered ideas.

Conferences are the largest types of scientific meetings

Conferences are usually scientific events that repeat every one or two years. It brings together a large number of young and senior researchers from different countries. Organized mainly by sessions, a conference focuses on the serval axes of a certain area. In general, guest speakers present in-depth talks in the form of one-hour lectures; while the rest of the talks are twenty minutes of communications. Of course, not all participants have the opportunity to give a live conference. However, a poster session is generally scheduled during breaks between talks to allow young researchers to present their work. We also mention that the number of participants is around a hundred researchers. As an example of such types of scientific meetings, we select the CDC conference organized every year in the US.

The conference registration fee is around 400-500 US dollars, which only covers the coffee break, badges, pens, mostly little things. In addition, accommodation is not included in the price. Conference participants are therefore advised in advance to pay the hotel with their own money. However, a reduction may apply to doctoral students.

Although the Workshop is a small conference with a very specific theme. In general, it is based on a single session, and sometimes a poster session can be included. The number of participants is generally less than one hundred. Some workshops consider recording costs, while others are free and sometimes may cover accommodation for participants. In most cases, a workshop is meeting friends and colleagues from several universities working in the same research area. This type of meeting is beneficial for students to share a discussion with famous Professors. An example of a workshop is a follows: the main subject is “evolution equations in infinite-dimensional spaces, the categories are, e.g., semigroup theory, boundary control systems, delay systems, stochastic equations. As we can see, there is a connection between all these categories which is differential equations.

Scientific Days is exactly a workshop with a program of one to two days only. In fact, the number of participants is generally less than 30 people working in exactly the same direction of research. For example, in the subject distributed parameter systems, these days may only be about e.g. controllability of systems.

Summer schools are the ideal types of scientific meetings for students

A summer school is a program organized by an expert in a research field and brings together a selection of doctoral students and young researchers to follow a course on recent and new results in a developed research field. The number of participants is limited, generally less than 50 students. This meeting lasts one to two weeks of lessons and sometimes includes small communications. An example of a summer school subject: “infinite-dimensional stochastic control systems”.

How a mathematics degree can provide better employment?